Well I was kinda challenged to do this one but it's something I actually have an interest in myself so i'm going to roll with it and see how it turns out.

The challenge was to make a low powered amp thats around 20w or less that can do metal without the bass farting out as it's never really been done before.

Heres the plan so far

I wont be starting this until after christmas but i'm really excited for it. 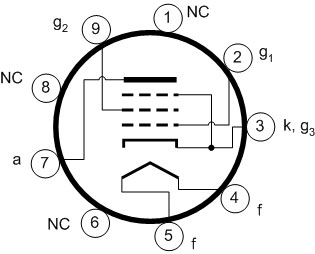 Well I got around to rehousing this today and also labelling it up using a Dymo labeller. 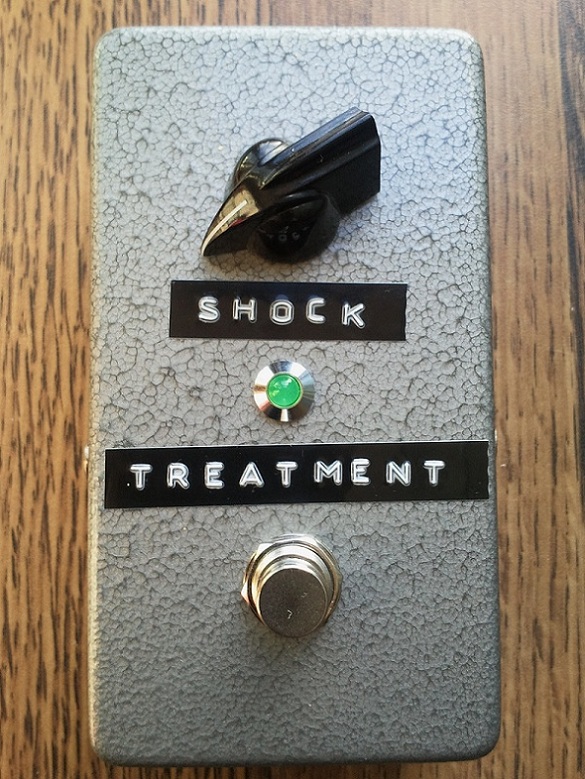 Hopefully some more parts should be in tomorrow and I have decided to do the little angel chorus.
Posted by Toe-Knee at 14:55 No comments:

First off i'll give credit where its due.

I used the layout from http://tagboardeffects.blogspot.com that was made by IvIark
Its an excellent layout.

I built this using a 10k linear pot and wired it in reverse as i didn't have a 5k linear rev pot handy.
This gave great results as I now have a massive range of clean boost for the first half of the pedal before the dirt and crackle kicks in!

Also this is my first ever build using Vero/Stripboard so it isn't the tidiest but i plan on tidying it up later.

Also as my step drill bit still hasn't arrived its built in a "DIY" enclosure that was crafted by my girlfriend Laura.

I enjoyed doing this so much that I have also ordered parts for a chorus build and an OD that I am going to cannibalise a BIYANG OD8 for the chassis as its the perfect layout. 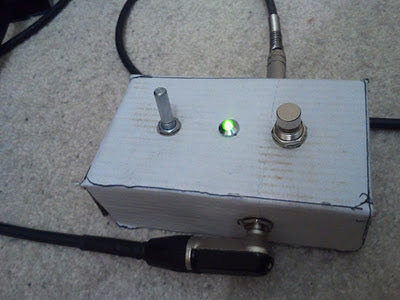 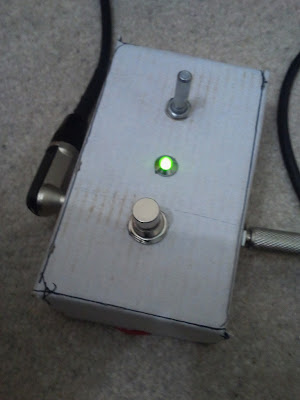 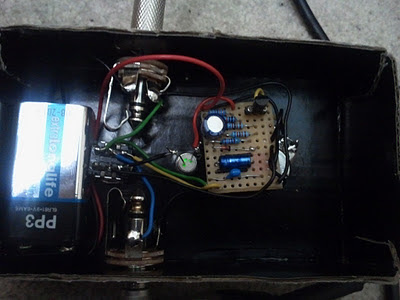 I was originally going to use this for my next amp which would have a similar chassis but black with white lettering but i tried it with my current SLO and it just looks awesome. 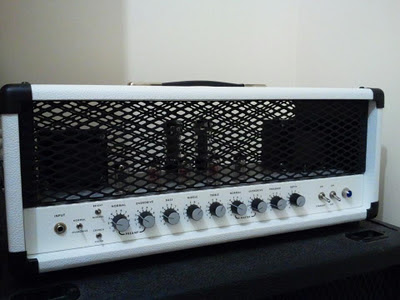