This again is a follow up from the modded preamp that I did around December.

Because I've done similar builds before on here I will just post a few pictures from the build.

It turned out incredibly quiet. Elevating the heaters is an invaluable approach that really should be in every amp as it's so inexpensive and effective. I can confidently say that the noise floor in this amp is considerably lower than most production amps!

I removed one of the mods that I originally did as I found that I preferred the amp with less saturation than what the mod produced.

First up we have a few shots of the preamp that's populated with Mallory 150 Caps, Sprague & F&T Electrolytics and Vishay & Panasonic Resistors. 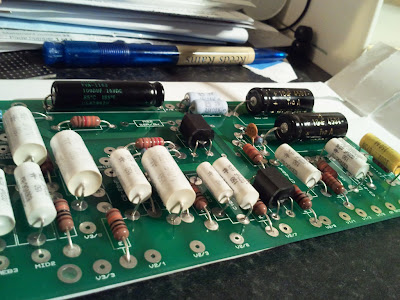 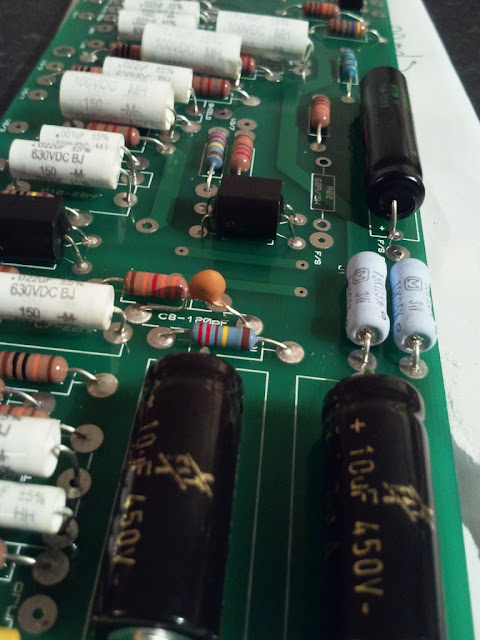 Here we have the spot where there would usually be a Faux Centre Tap but I got the transformer built with an actual center tap so this is just a handy spot to bridge the heaters. 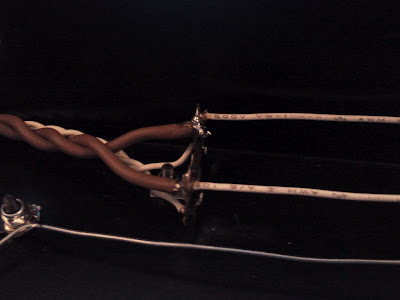 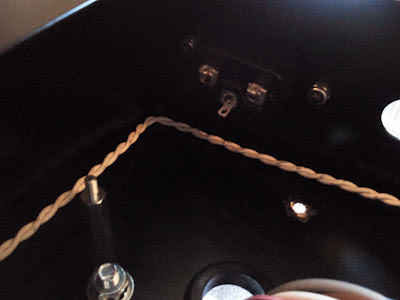 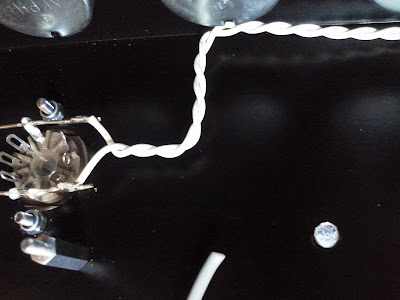 This photo shows the input jack wiring and also the Clean/Crunch & Bright switch. 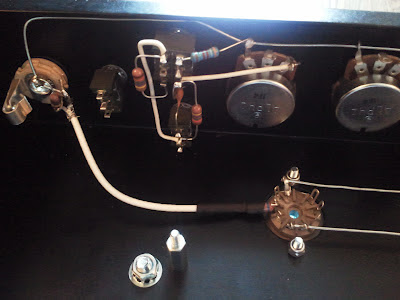 Here we have the power valves and also the rear panel bias test points and adjustment pot. 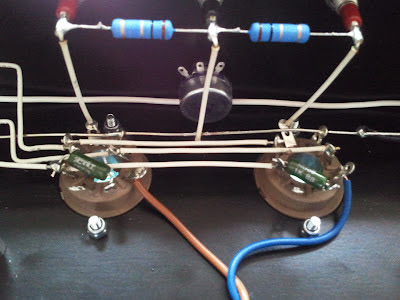 Here's the amp before installing the preamp. 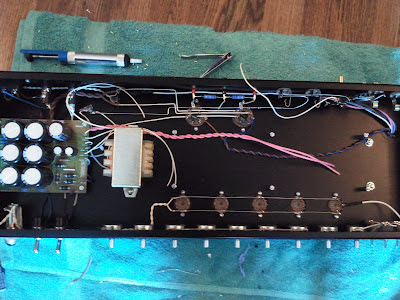 This is the same as above but with the preamp PCB bolted in before wiring. I call this one the "Angry Porcupine" stage. 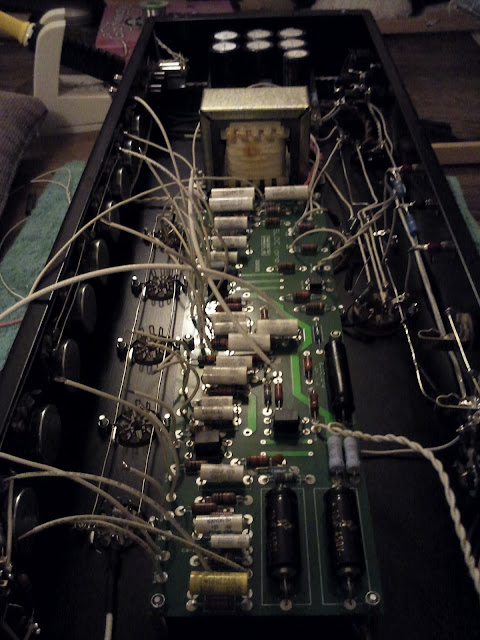 Here we have the cab outputs and the impedance selector. You can also see a 47k coming from the 8ohm tap this goes to the Slave Out circuit which is an amazing addition to any amp as it allows for wet/dry setups and also direct out recording that includes the entire power amp that you can use with cabinet implses for a very clear and punchy sound. 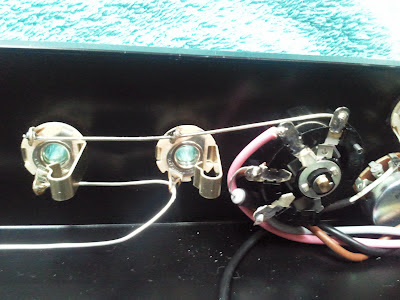 Here is the above mentioned Slave Out pot & Jack. 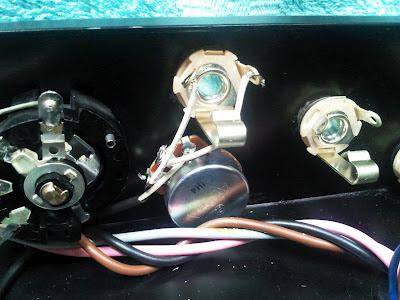 Here is the power amp! I carefully selected these capacitors for their ripple rating to keep the amp really tight and precise. 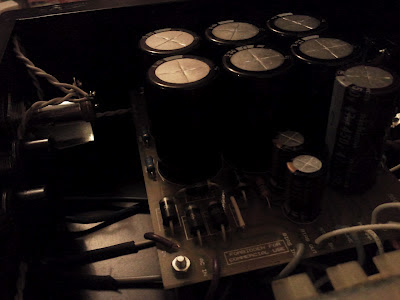 Here is the effects loop. There isn't really much to say about it really. 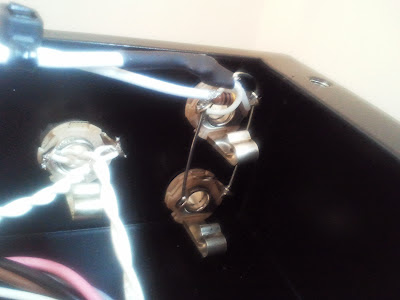 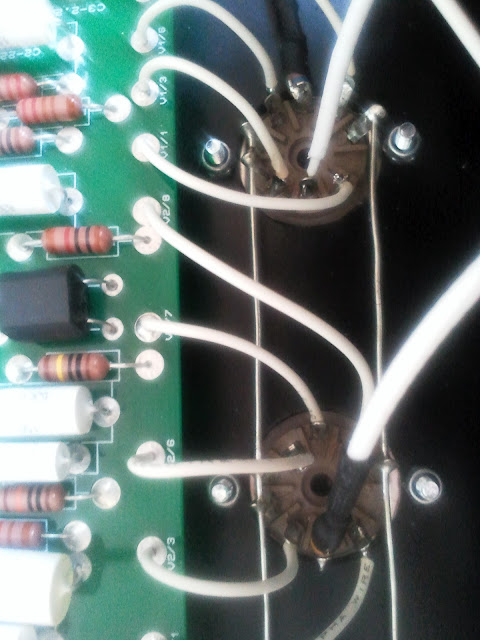 And here is the entire amp fully wired up. Now that it is confirmed and working as intended I will go back and shorten some wires and tie wrap some of them to make it generally neater. 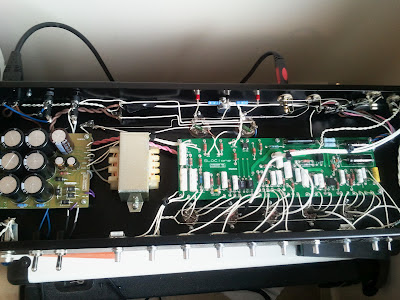 And the finished amp! 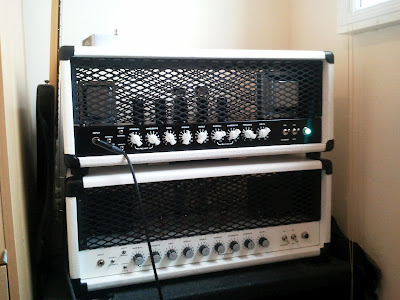 Here is a quick audio clip.Enjoy!