Well, it's been a while since I've posted anything here so thought I'd do a quick post.

I more than likely have some downtime coming up in a few weeks time so I plan on doing some indepth amp and pedal reviews, hopefully with clips, of the gear I have that's been built by Toe-Knee.

I'll post back more when I know for sure what's coming!
Posted by Brow at 22:24 No comments:

So I had a think and decided to take off the burnt side of the ribbon cable and hard wire it to the PCB. I left the other end with the connector intact so that the PCB can still be removed by someone in future with relative ease compared to doing a total hard wire job. 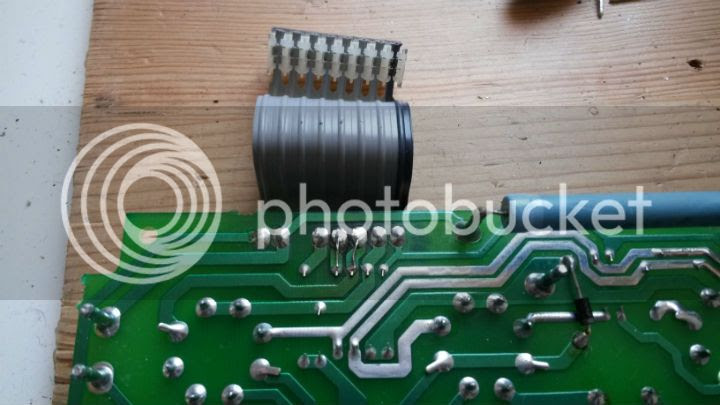 The two pads carrying the filament AC were pretty bust up. Like a restaurant after Steven Seagal has popped off and put all the waiters through the decor. The bits of wire therefore loop through the pads and onto the next solder points for stability then it was all cleaned and checked out. 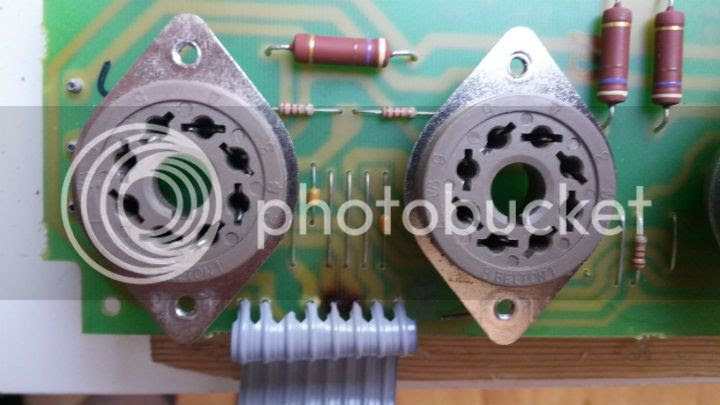 Here is a view some the other side.
And here it is all put back in the amp. The amp now runs with a consistent filament supply. All it needs now is new power valves and a bias check and away we go! 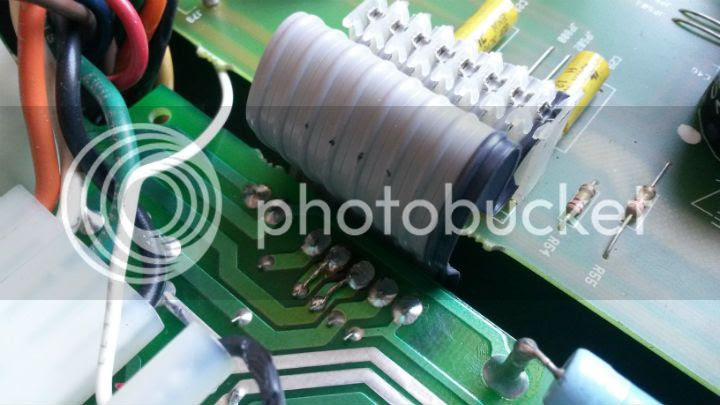 YO YO YO. Been a while since I made a post but here we go.

I was brought a 5150II that hadn't been turned on for a few years, then all of a sudden the owner powers it up an nothing is happening. No Jams. No Riddims. Nothin'.

So before turning it on I decide to take a peak under the hood.

This is the first thing I see. This plastic push on connector carries some connections between the power valve PCB and the main PCB. It's handy because you can pop out some of the PCB's in a modular fashion, but it's annoying because this tends to happen. The burn mark is the first tell tale sign of an old issue coming back to haunt the amp. 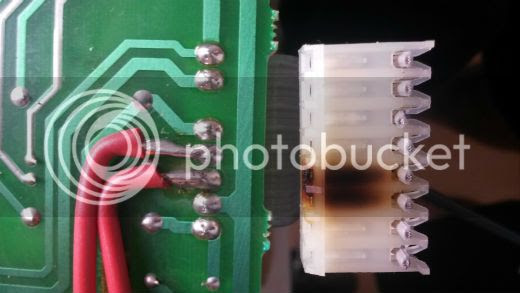 Under the main PCB is more substantial burn. A large section of the filament related traces has been destroyed. A previous repair has been done by bridging the burn with large gauge wire. This kind of thing is usually caused by a short inside a power valve which lands the high voltage onto the filament connections inside the bottle. This then zips back up the filament circuit and burns it up. 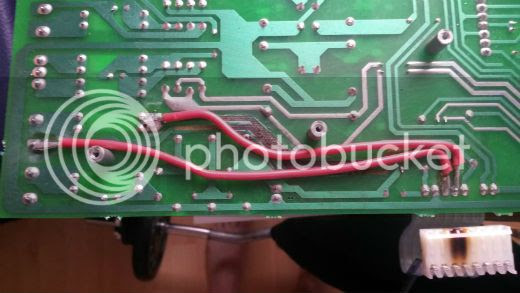 One tell tale sign of a valve failure is a busted Screen Grid Resistor. The white blocks on this PCB are what those are. In the 5150 series of amps these tend to be 100ohms. In a lot of amps running 6L6 type valves these tend to be 470ohm. Putting something up to 2Kohms would be fine here too. The bigger the value the more reliable your output valves will tend to be. 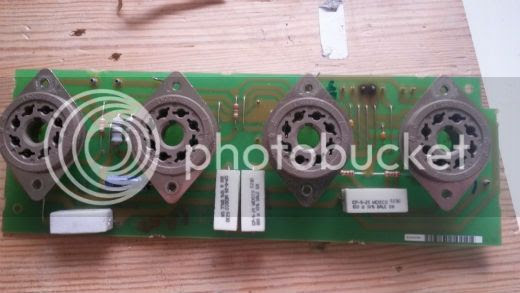 The middle two of these resistors had shorted. No connection through them. Burnt out. Since I need to get this thing running and I had no exact spares, I dug around and found some 470ohm replacements. PR03 series Vishay Metal Film's. These have a hefty element voltage, so in the event of a failure in future, the resistor should survive and the amps fuses should protect the amp. 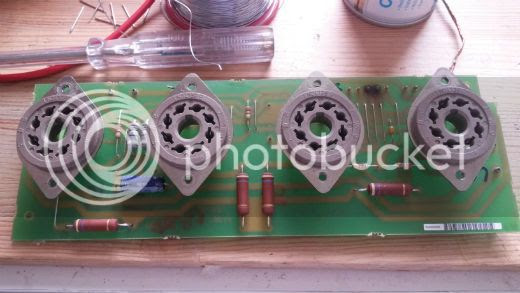 Once the amp was put back together and the voltages had been checked, I stuck some valves in and... NOTHING! Turns out the filament supply to the valve sockets on this PCB is somewhat intermittent. The burns marks on the connector are on the pins carrying the filament voltage. It could be the case that this is an effect of an old fault, or it could be a new bit of burning causing an issue.

For now that is all the investigation I have done. Stay tuned for the resolution!
Posted by Bob at 00:54 No comments: