Hi to anyone that still reads this. It has been far too long since I updated things but i've had a lot on with buying a house and various other 'life' things getting in the way. Enough waffle though! Onto the main course. I exchanged a few emails with Nik @ Ceriatone and ended up ordering his basic kit for his Yeti model which is a Marshall style amp with the ever popular Jose mod that is currently being rammed down peoples throats by the likes of Friedman etc. This is the first time that I have ever built anything using turrets. I have always liked the idea and the look but just haven't gotten around to it so this may take a little longer than usual as it's a new experience. The kit itself came with a very nice selection of parts that I wouldn't usually go out and choose myself such as carbon comp resistors and some very nice looking Ero MKT1813 caps and some TAD mustard caps that I have heard many good things about. The other parts such as chassis, faceplates, switches and jacks are all very high quality and your usual suspects for jacks being Cliff UK and my usual choice for valve sockets, Belton. I have only just started building this and I haven't had much time on it so far so here are a few pics of the progress so far. I have no idea on the specs on Ceriatones custom 'Holy Grail' electrolytics so that could turn out interesting but time will tell. 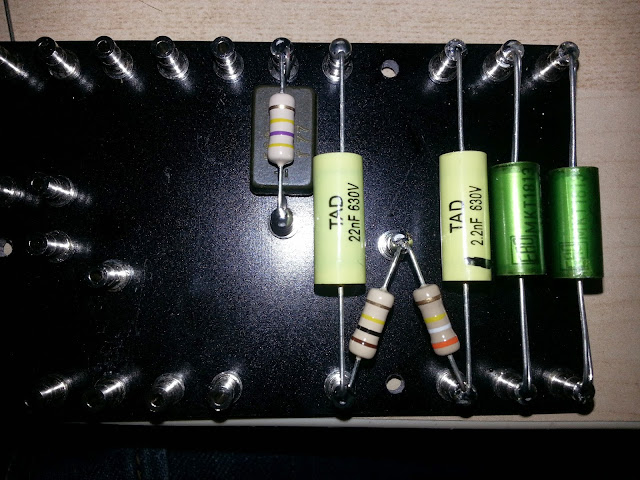 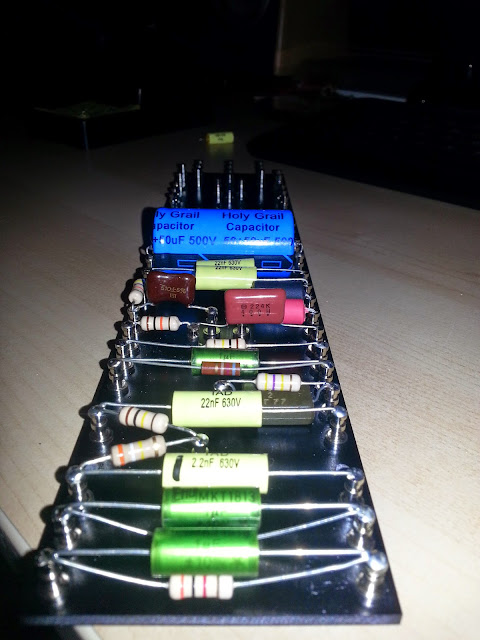 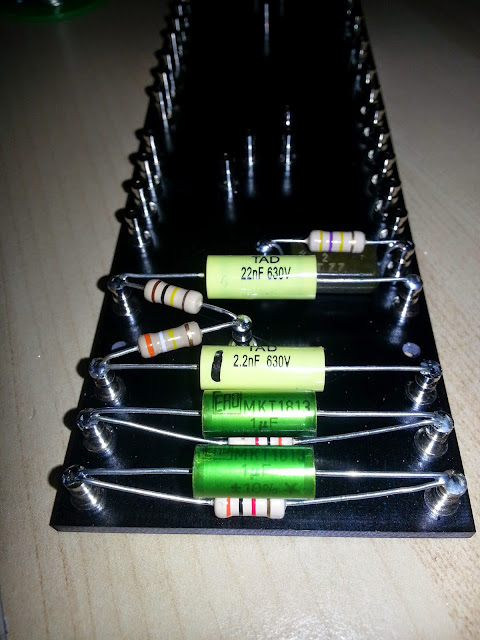