So it's been quite a while since my last post. I've been trying to play more and embarked on a few different electronics related projects of my own. One of which has been to set up a little part-time business. Some friends and I share a space near where I live and it seemed like a great opportunity to start something. Everything is a work in progress and it is early days but you can take a look at what has been going on over at www.meresound.com.

One thing that has been on the bench is this old JTM45 circa 1966. The original iron was taken for a better condition amp some years ago. The replacement parts were hit & miss or nonexistent. Here is a wide shot of the contents. The amp was full of dirt and grease. All of the electrolytic caps had bulges or had failed completely. Some of the carbon comp resistor had broken. There was no lamp. Lots of parts weren't wired in and a filter cap was missing.

The output transformer that arrived with the amp failed it's visual inspection somewhat! A replacement was sent out by the owner.

The power transformer was from another amplifier and the HT secondary was much too hot. 470-0-470. After weighing up potential solutions the PT was sent to Transformer Equipment for a core rewind. They kindly sent back the original core and the carried out the work very quickly. This company was responsible for making the iron that went into the hand-wired Cornford amplifiers. After getting everything wired in and running and checking for leaky capacitors and so on, some more tweaking was required to get this amp running it's EL34's up to 40watts. I believe this amp originally ran KT66's. 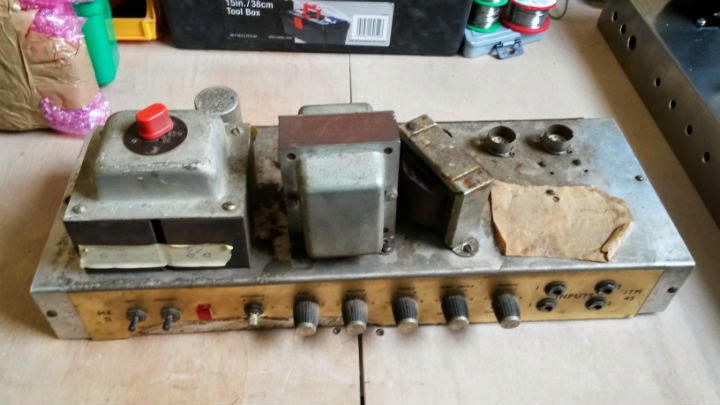 The original front panel had a chunk missing. A replacement was made using the original as a template. The reverse engraved and back filled panel was made by JPF Amplification in Central London. So here is what we have left on the outside and the inside... (some cosmetics to be sorted by the owner) 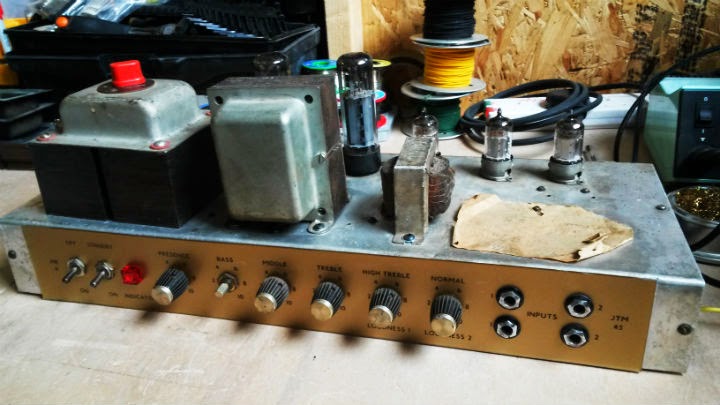 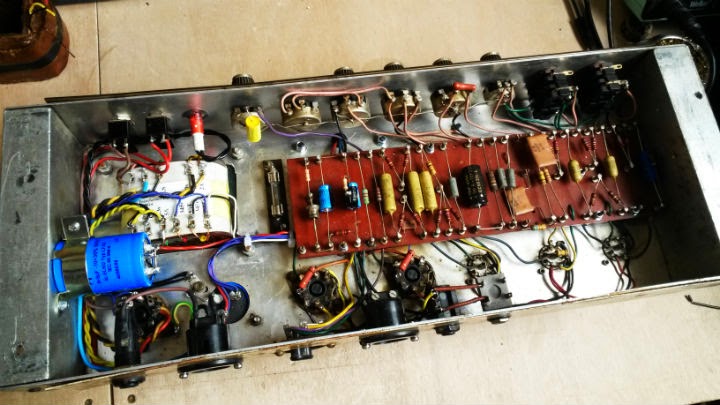