SO... I added a channel select switch as job number one! It's a bit slap dash but whatever. It's a cheap amp and this is what you do with it! 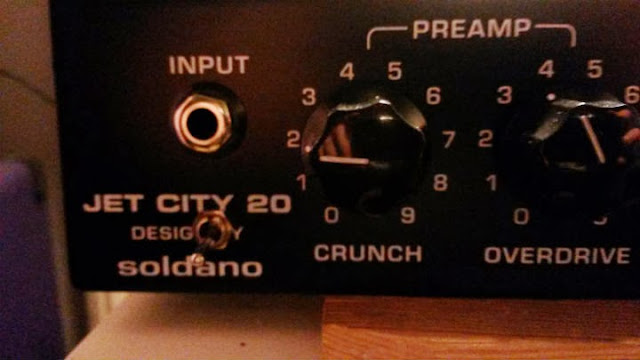 The original wire going to 'FS' has been moved over the left (Yellow in the photo). The trace between two tip lugs on the switching jack has been cut, so now front panel switch is only in circuit when no external footswitch jack is in place. The wires to the switch are ground (white) and the original 'FS' point is now also wired to the switch (Purple). 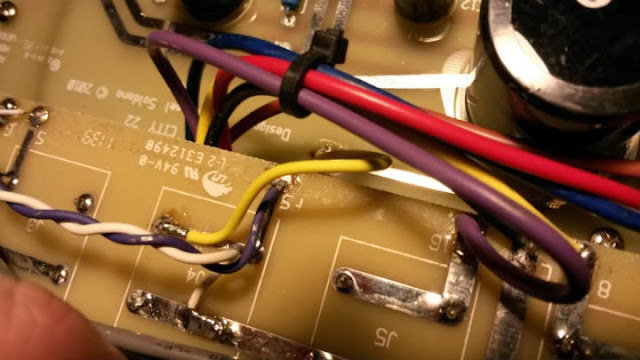 It's hard to make out but the trace is cut beneath the yellow wire. It is possible to add an LED but I didn't. I use the down position as 'Normal' meaning Overdrive channel is selected, and up is 'Switch On'... meaning Crunch is selected. In most cases your ears can tell the difference between channels anyway. 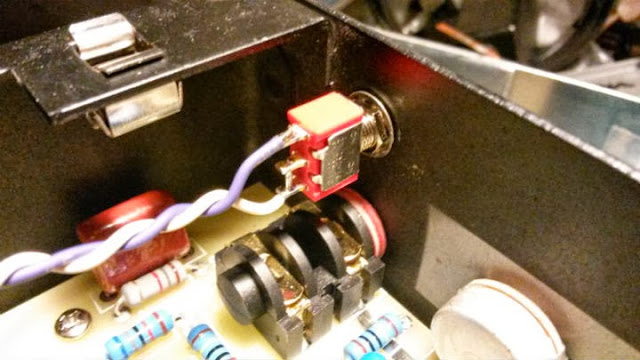 Last of all, I swapped the fixed cable on the footswitch for a mono jack. I left enough cable so I had some play with the inner core and sleeve. What was the shield on the cable is wired to the sleeve tab on the socket, and what was the insulated inner core goes to the tip tab. Now I can use any cable I like with the footswitch! 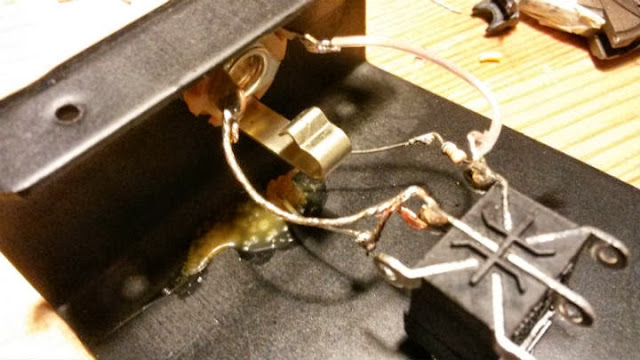